Selfies could take on a new dimension, if the latest 3D scanning technology takes off. Today (Sept. 18), Israeli company Mantis Vision revealed its 8-inch Aquila Android tablet that makes creating a three-dimensional avatar as easy as pointing its special built-in camera system at your subject. But don't look for the tablet at Best Buy or on Amazon. The Aquila is meant for developers to create apps and services that use the company's incredibly detailed realtime 3D capture technology. Mantis Vision gave us a detailed demo of the technology before today's announcement. The results were stunning, but the uses for it remained vague.

With the Aquila, Mantis Vision hopes to encourage developers to build applications that take advantage of its MV4D, such as creating 3D selfies for sharing on social networks or 3D models of yourself that can be inserted into video games. Mantis Vision also imagines using its technology to scan items around you, such as a house to create virtual-reality tours or even waving your smartphone around your finger to get detailed measurements for ordering a ring online. With increasing ability to recognize objects, the scanning tech could also be used to inject items into augmented reality images without requiring QR codes on the real-life objects. 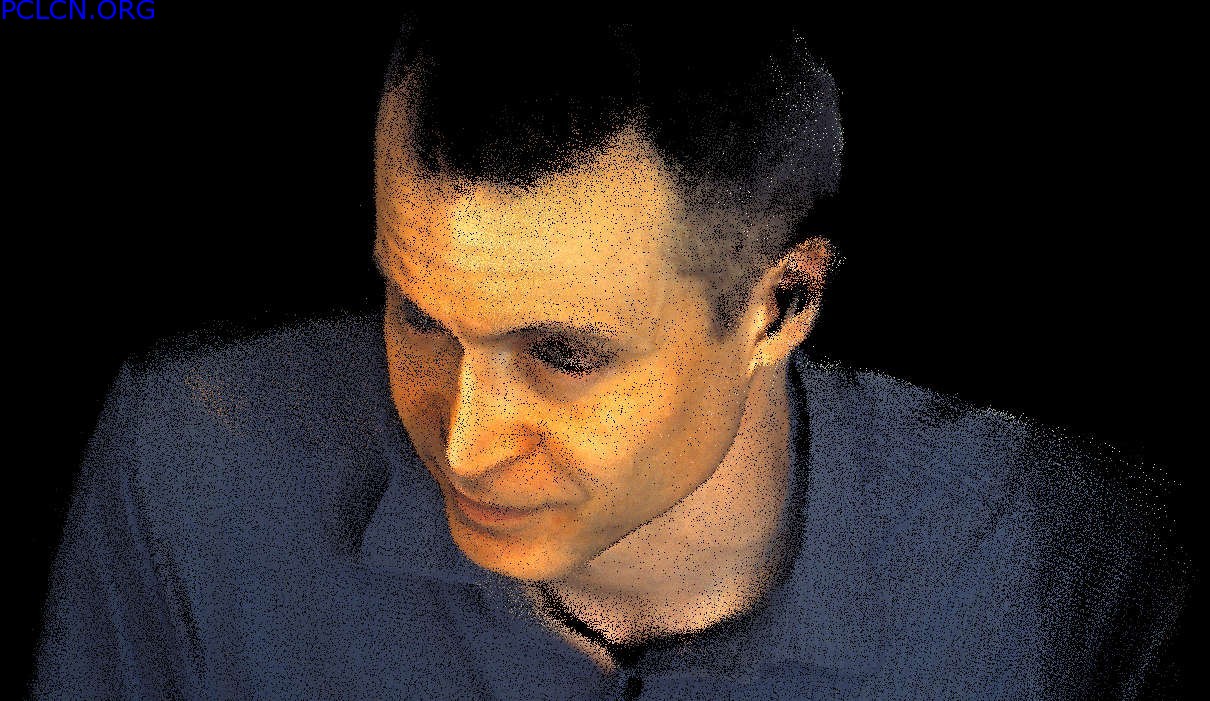 The Aquila tablet will be ready in Q3 2015 and sell for less than $1000, the company told us. In addition to selling the tablet, Mantis Vision is making the APIs (programming tools to integrate with its software and hardware) available free to developers.

This isn't the kind of 3D that requires a special screen or glasses to see. The 3D models Mantis Vision creates are essentially the same as the characters and objects you see in video games. Though they display on traditional screen, the 3D data allows you to move and rotate objects just like you can move your character around in a game like Grand Theft Auto.

But the MV4D delivers far more detailed images than devices like the Kinect, while taking up not much more space than a mobile device's traditional camera. The key difference is the company's tiny infrared illuminator, which projects a fine pattern of dots over the subject it's scanning. Reading this pattern with its 720p infrared camera and crunching the data on a Qualcomm Snapdragon 801 processor, the Aquila creates a dense "point cloud" that represents the object, with detail down to 0.2mm.

Meanwhile, the Aquila's 13MP traditional camera captures full color data to lay over the black-and-white pattern of dots. Mantis Vision calls this technology "Real 3D" — as opposed to other products that take fewer measurements and use algorithms to fill in missing spaces in a rendering. The effects are light years ahead of what apps are able to do by simply using a the visible-light camera in a tablet or cellphone. We tried a number of these 3D scanning apps last year, and got hilariously muddled results.

Most impressive is that the MV4D scans happen in realtime. In a series of demonstrations, we could see the point clouds appearing the instant the tablet's cameras pointed at one of us, and the images can update as fast as 30 fps. Mantis Vision pointed out to us that what we saw on the screen was simply the raw data. The apps it hopes developers will build would process that information to create smooth, lifelike 3D figures.

It's a long journey from cool tech to cool products, however. In our meeting with Mantis Vision, we had to keep asking for real-life examples of how the technology could be used. What they showed was pretty rudimentary, such as a barebones videogame with a grainy-looking 3D avatar driving a car through a landscape that looked reminiscent of the movie Tron — the 1982 version. We talked about 3D selfies, but didn't see examples of what they would look like or how people could share them. And activities like scanning your ring finger or your whole body for virtual fittings were simply mentioned in rough form. Using MV4D to place 3D objects in augmented reality landscapes was equally vague.

And while Mantis Vision has compressed its technology into a very small package, space inside ever-thinner smartphones and tablets is precious; the applications of this 3D technology will have to be pretty compelling to justify building it into devices. From what we can see, Mantis Vision has developed a powerful technology. But its success will depend on if and how programmers find creative ways to use it.