笔者评：Tinkercad的建模云服务，笔者在firefox里试用感觉非常人性化，虽然提供的数据导入接口格式有限，但已经是一个非常好的原型了。此处Autodesk的收购，对Tinkercad来说是一次很好的机会，本来前些天其宣布关闭Tinkercad的云服务，Autodesk整合自己很多已有产品例如123D等到该平台后，自然该服务就会更强大，随着3D打印的盛行，每个人都愿意花点小钱，打个自己的小爱好什么地。相信是一笔稳赚的收购。
Autodesk Inc., a global leader in 3D design software for manufacturing, building, construction, engineering and entertainment, said Friday it will acquire the assets of Tinkercad Inc., the first cloud-based 3D design and printing CAD, and revive the business, despite a previously announced shutdown. 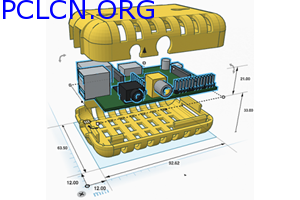 Terms of the deal, expected to close in 30 days, were not disclosed. San Rafael, Calif.-based Autodesk said it will incorporate elements of Tinkercad technology and user experience into the its popular 123D Catch product portfolio, which turns photos into 3D models. advancing its goal to make 3D design easier and more accessible to consumers.
“We are excited to have reached an agreement with Autodesk that will provide a solid home and bright future for Tinkercad," said Kai Backman, founder and CEO of San Francisco-based Tinkercad. "We found in Autodesk a shared vision for empowering students, makers and designers with accessible and easy to use software, and with their global reach and expertise in democratizing design, we're confident in their ability to introduce Tinkercad to new audiences around the world." Backman had announced in March the Tinkercad website was shutting down completely by the end of June 2014 to lend more resources to a new simulation product aimed at the product design and engineering markets called AirStone.
In announcing the planned acquisition, Autodesk said it revived the Tinkercad website immediately, allowing new users to sign up for the cloud-based service. Backman said Autodesk even“supercharged the free plan,” by allowing users to create unlimited designs and enabling all import and export functionality as well as turning on ShapeScripts for free accounts.
“We have automatically upgraded all existing free accounts to this new powerful plan,” Backman said in a blog post. “This account will be offered for a limited time only so make sure you sign up as soon as possible.”
Autodesk said the deal won’t impact its fiscal 2014 revenue guidance, which expects sales to increase 3 percent from fiscal 2013’s $2.3 billion. Earlier this month, Autodesk posted first quarter adjusted earnings per share of $0.42 missing analysts’ expectations by $0.03. First quarter revenue was $570 million, down 3 percent. "A mixed global economy weighed heavily on our first quarter results," said Carl Bass, Autodesk CEO. "There were positive areas in the quarter but overall, a weak April led to a disappointing finish to the quarter. While the global macroeconomic conditions are uneven, we remain focused on revenue growth by delivering the best design solutions to our customers."
参考：
http://www.sparpointgroup.com